Why You Should Do New Year's Resolutions All Year Round (but don't call them that!)

Are you one of those people who write down huge lists of things you're going to change about your life come 1st January? Maybe you just have a small list of things but the real question is, are you going to keep them?

Here, I'm going to tell you why you should do New Year's Resolutions all year round but instead of giving them a big official title like that, just tell yourself that you're going to change something about your life. Besides, most people don't last out January with their resolutions anyway, so what's the point?

Change a Little Something 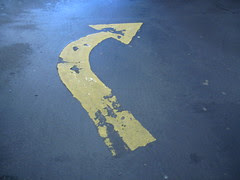 Whenever I have changed aspects of my life on 1st January - admittedly something very rare in my life - I have usually failed at keeping up with it. But many times, I have just decided, right there and then, that I was going to change a little something. And this has been my most successful method when wanting to change direction in my life. Just start.

That's what you should do too.

Just do it spontaneously, don't think about it too hard, just do it. Yes, you might have been pondering it for a while but then suddenly you just know it is the right time to change.

Whether you are quitting doing something, doing more of something else or changing an aspect of yourself or your life, the best way to do it is to just say "To heck with it, I'm changing as of right now!"

No lead in time. No setting dates. No pre-planning and no further thinking about it.

Deciding that you will quit something on a particular day in the future just doesn't work. Then you realise that that day is going to be the last day you can ever have that particular thing means you hype it up too much. It becomes bigger than what the actual change is and maybe you even over-compensate prior to that date by having even more of the thing you're actually going to quit!

Surely this isn't the right way of doing it?

Wake Up One Morning and Just Decide

A number of major decisions in my life have happened when I've been in bed in the morning, trying to wake up and pull myself out of bed between snoozes and thinking to myself that I just don't want to get up today. When that happens, I usually know what it's about and on occasion I have decided right there and then what I was going to change.

One time, I couldn't get out of bed because I didn't want to go to work. Right then, I decided to quit my job and look for another one. After that it was easy to get up and I immediately stepped into the new wonderful world of looking for a new challenge rather than the old miserable grey world of the current job.

As a counter-example to this, I knew of a schoolteacher who said that she would quit smoking, not on the 1st January, but on the first day back at school. It seems to me that quitting smoking on what could be one of the most stressful days of the school year (teaching being quite a stressful job anyway) didn't seem to me to be the best plan. Instead, I told her to just wake up one day and to have just stopped. No date for when to quit, not ritual buying of the last packet and no 'last' cigarette. Instead, wake up and just say "As of now, I have quit smoking" and that's it!

Not just smoking but anything.

Back in September, I pretty much changed my entire life on the 4th of the month. It was a Thursday. I remember it well since I'd had the previous day off as my first Wednesday off of my first four day week. Prior to that Wednesday I had no idea that I would change my life so completely as I did the following day. I mean, things had been rolling around in my head prior to that day - a stewing period is always an advantage - but suddenly I woke up a new person.

I stopped buying takeaway coffee, I cut down expenses, I changed a whole myriad of aspects of my life - why, because I knew when I got paid in 12 days time it would be for a lot less than I got paid the previous month. I just had to do something about it to make sure I wouldn't end up going back to 5 days a week.

Use Any Kind of Stimulus to Make You Decide

It's not just about waking up in the morning though. You can make these decisions at any time you like but I find that the best time to make decisions is when that final straw broke the camel's back. Here are three quick examples of some aspects of my life I have changed in the last few years:

Why didn't you get out of bed this morning? What was it about today that didn't allow you to enjoy it? Did you get annoyed by something which you realise you just don't need anyway?

When I asked myself about whether I really needed the coffee, I knew I didn't but it has also evolved from that now. It is no longer just about saving money by not having that coffee, but also about having more time in the day to enjoy myself. When I walk past the shop nowadays, I actually shake my head at the huge queue of people wasting 20 mins every day (or even more) waiting to be served the drink they ordered oh so long ago. I actually get more time in the day now to enjoy myself that little bit more.

These are the kind of questions you can ask yourself. Sometimes you decide that it's okay for the moment, that you still want something or you don't want to change something else. But eventually, one day you'll decide that you do want change. And when that day comes you'll know it immediately and your life will be changed forever.

The best part about all this is, you can do this every single day of your life. Why wait until a very inopportune date to change something of your life? Just do it and do it today. If you want to change something, you may even call it 'Today's Resolution' but either way, just change. You'll be happier tomorrow if you do.

I couldn't agree more. It's kind of what I live by as well. You just have to take action instead of talking about it all the time.

It's just talk until you do something.